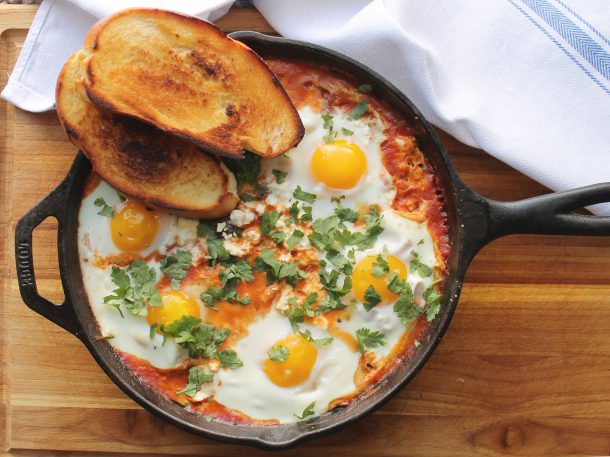 It’s been cold, rainy and wildly windy for the past few days, so staying in my PJ’s until 12 and making a big shakshuka sounded like the best thing to do! It’s an easy one-skillet recipe that originated from northern Africa and is now served all over the Middle East. Lots of spicy flavors, sliced onions, peppers, tomato, feta cheese and eggs. I added some spinach for a fun twist. Serve with crusty bread or chapati style flat bread. Mmmmm. It’s the best – especially when you cook those eggs just right! And it makes the whole house smell wonderful!

In a cast iron skillet, cook onions, bell peppers and garlic in a tbsp. of olive oil until browned. Add spices and tomatoes. Simmer for 5 minutes. Add spinach and stir until wilted. Turn off heat. Add feta cheese and eggs. Place in preheated 350F oven for 10 min or until egg whites are cooked and the yolks are just beginning to harden around the edges. Remove from oven and sprinkle with cilantro and parsley. Serve with crusty bread or chapati style flat bread. 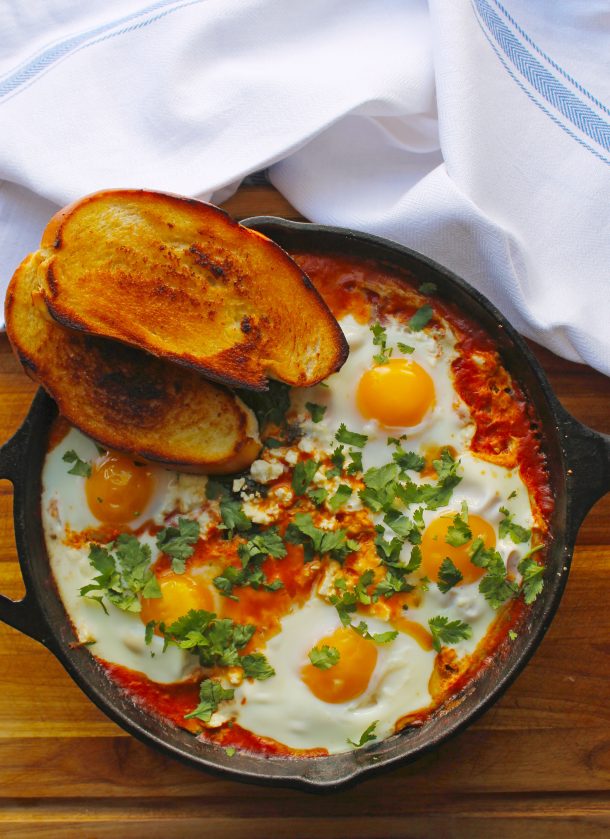 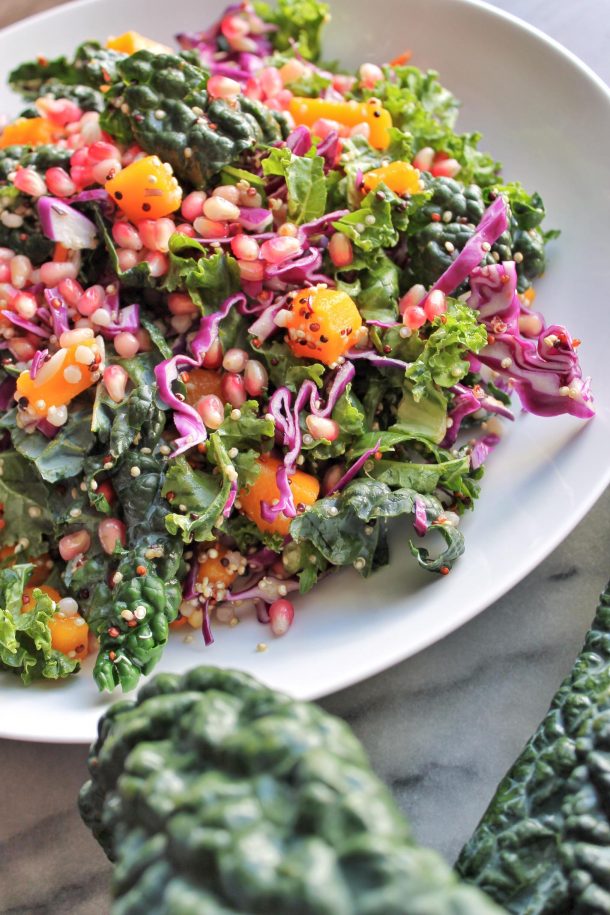 Harvest salad! Bringing on all those gorgeous colors… Tuscan and curly kale with purple cabbage, quinoa, pomegranate seeds, Israeli couscous and steamed pumpkin. I topped mine with a bit of Bragg’s live foods liquid aminos and a drizzle of balsamic glaze. 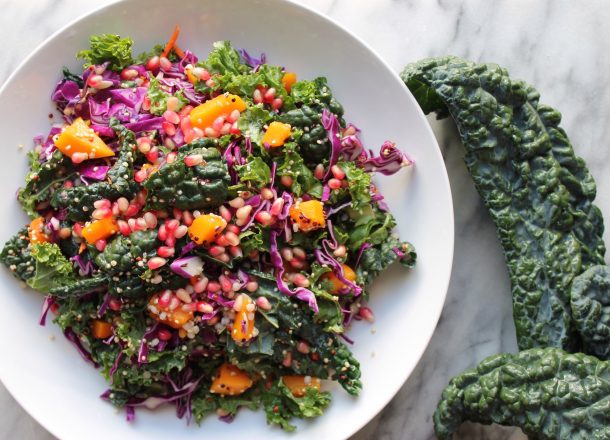 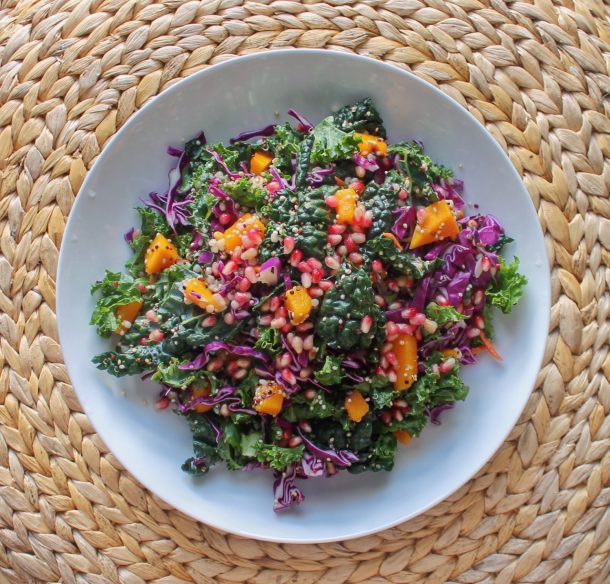 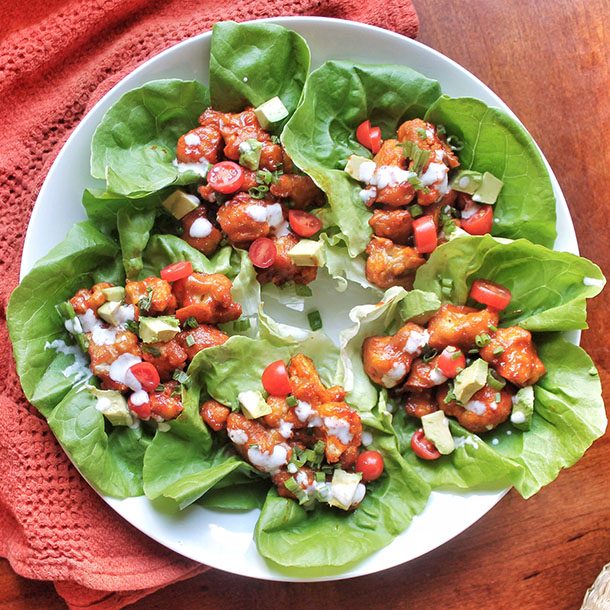 Batter:
1/2 cup oat flour
1/2 cup veggie broth
1 tsp garlic salt
1/4 tsp chili powder
1/8 paprika
*Mix all ingredients together in a bowl. Dip each floret in the batter and place on a lined baking sheet. Bake in the oven at 350 F for 25 minutes or until the batter turns a golden brown. 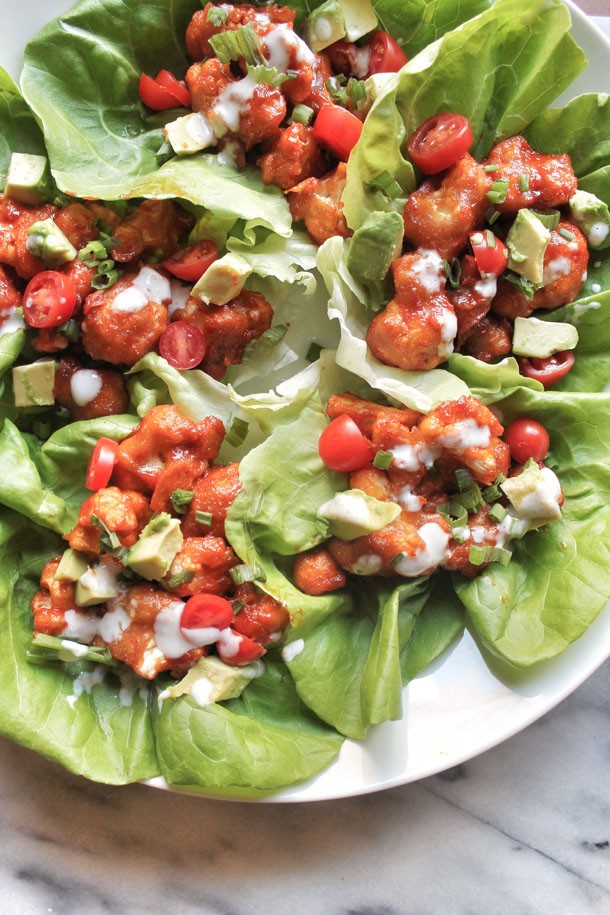 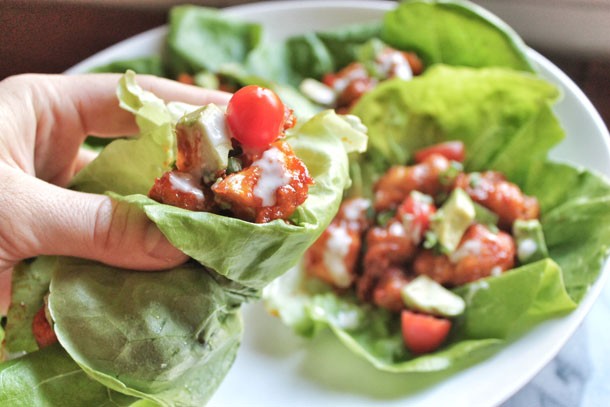 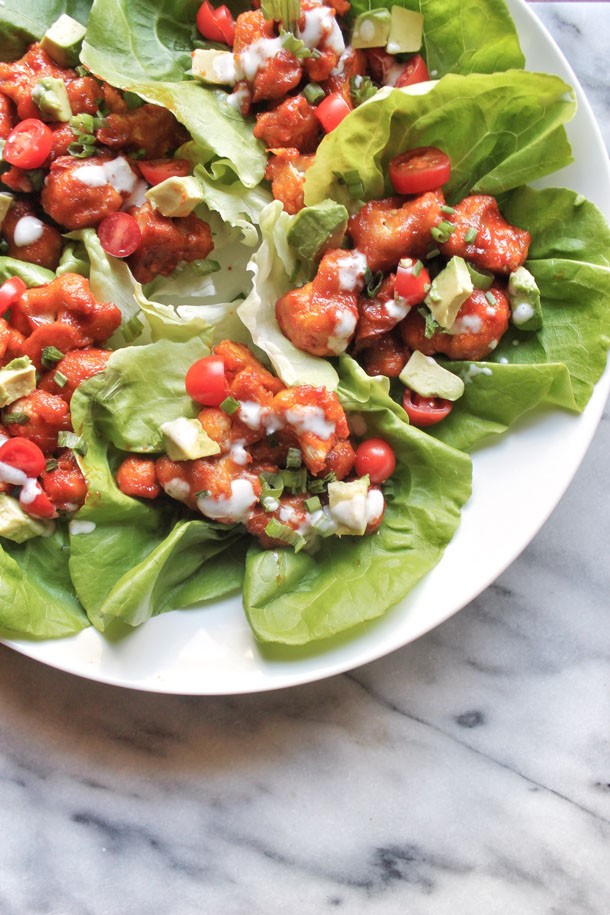 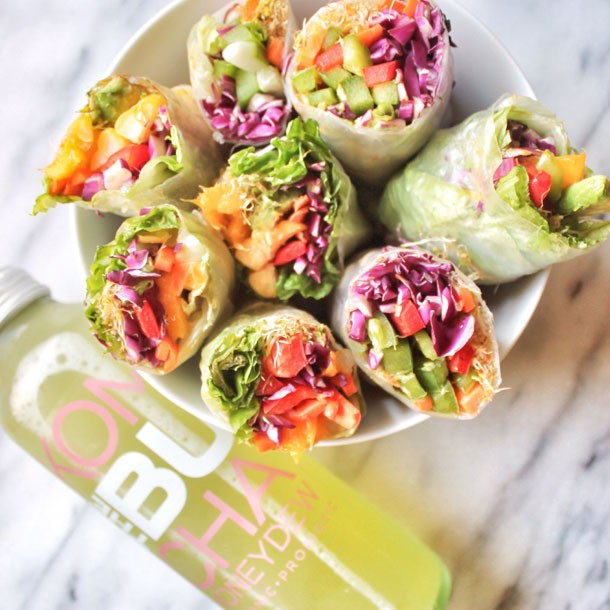 Made some rainbow veggie rolls for our kayaking adventure today! You can use whatever you want! I made these ones with avocados, scallions, mangos, corn, carrots, cucumbers, bell peppers, purple cabbage, sprouts and green leaf lettuce + a satay peanut-chili-hoisin sauce for dipping! I went a little crazy…
What are your favorite combos? You can find rice paper wraps at your local Asian market or online.

Check out the little clip I made —> HERE. They’re super easy to make and take on the go. 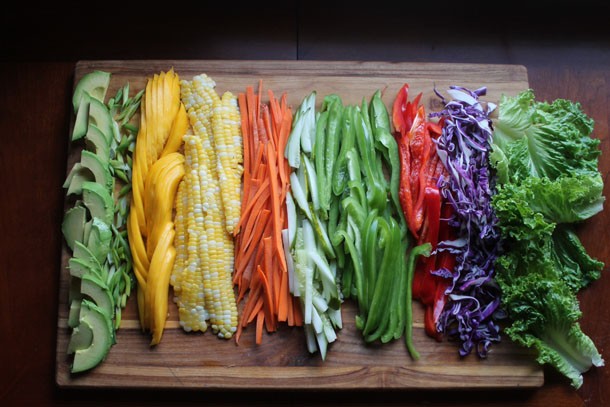 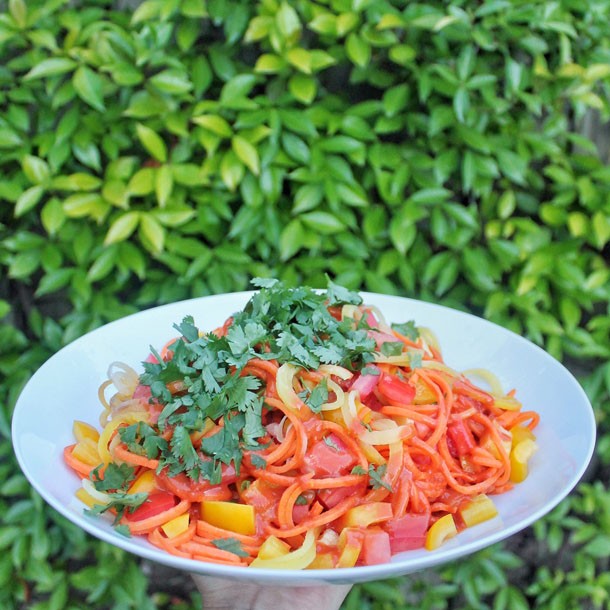 Operation Healthy Summer is still going strong! Steamed sweet potato and golden beet “noodles” with a spicy vegan buffalo sauce! So spicy and satisfying! I had this one for dinner two nights in a row! Love the flavor!

Saturday morning at its best. A trip to the farmer

We went on a hike this morning that overlooks the

Merry Christmas Friends! What a year of transforma