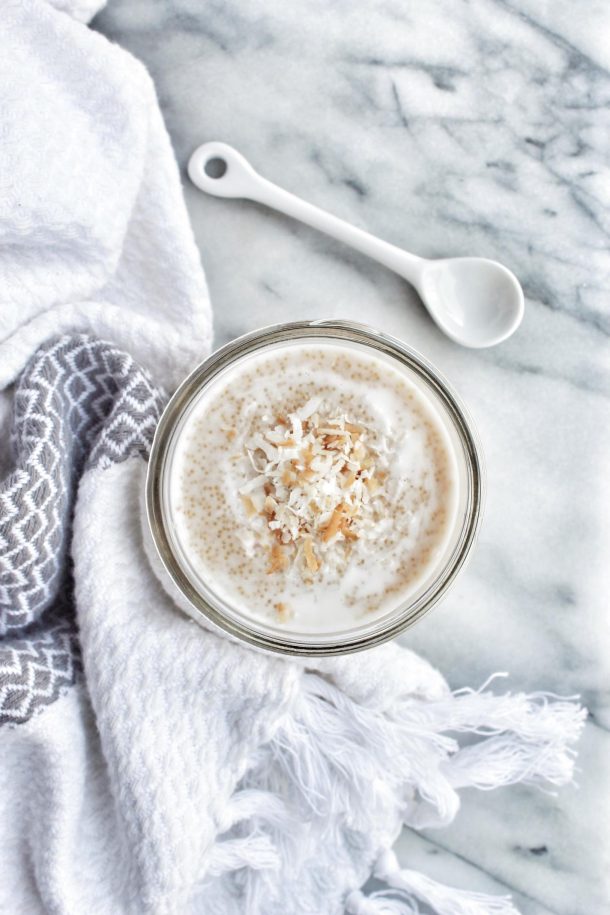 This toasted coconut amaranth porridge is a healthy, gluten free breakfast! It’s the first time I’ve tried amaranth and I’ve got to say, it’s pretty fabulous + it’s kind of a big shot…read about this super seed here. It has a similar texture to cream of wheat but nuttier and richer tasting. I mixed it with coconut milk, coconut cream, agave and vanilla for an ultra creamy and comforting breakfast porridge!

-Bake coconut flakes in the over at 350 for 5-10 minutes or until golden.
-In a small pot, bring 1 cup of water to boil. Add amaranth and a pinch of salt. Reduce the heat to a simmer and cover with a lid. cook on low heat for 20 minutes or so until the water is absorbed.
-Remove from heat and add coconut milk, coconut cream, agave and vanilla bean paste.
-Top with toasted coconut.