Dan and I LOVE traveling. Neither of us had ever been to Europe (besides a layover here and there), so we thought that our honeymoon would be the perfect opportunity to take time off of work and see the places that we were dreaming to see. Asking for a month off was a bit of a stretch, but luckily our jobs were flexible enough (and bosses gracious enough) to swing it. Once we got the a-ok, Dan and I began brainstorming for possible destinations. “Should we go to one place and stay for a few weeks or should we travel all over and only stay a few days in each spot? Hmmmmm…what to do?” We ended up doing a whirlwind trip, stopping in 10 different countries and 17 cities! We thought it would be best to see as much as we could with the time we had.
Our first half of the trip was a Mediterranean cruise that started in Barcelona, Spain and ended in Venice, Italy with 8 stops along the way. And for the second half of our honeymoon we bought a Eurail Pass and traveled in a huge loop that ended in Paris, France. It was the perfect trip — a grand adventure with my hub. We loved every second of it, even the running around like chickens to catch trains and getting lost in Berlin and Istanbul! It was all magical. 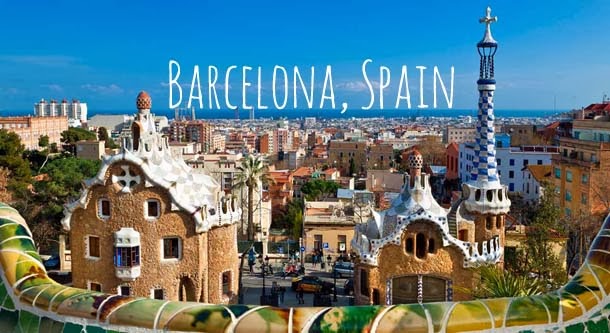 — Honeymoon Part 1 –
1 of 14
Our plane landed in Barcelona, Spain and we had 3 amazing days of exploring the city until we boarded the ship. We stayed in a beautiful hotel called AC Sants located near the SantsTrain Station and Plaza de España. The front desk was very helpful… they mapped-out all of the places we were hoping to see. It also helped that Dan is fluent in Spanish, God bless him and his bilingual abilities! 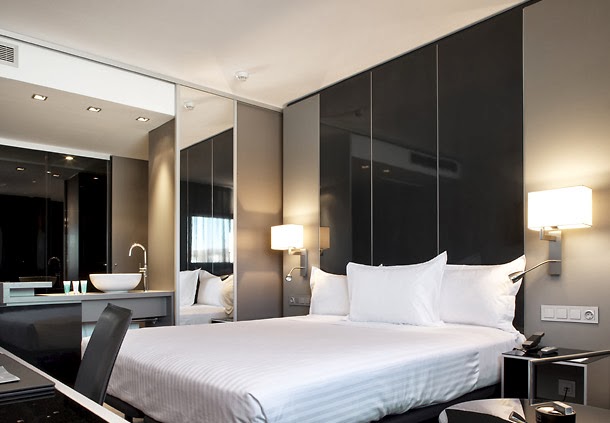 We took a walk down to the beach. It was fun to see the hustle and bustle of the Mediterranean cafe’s and the colorful changing closets on the boardwalk. Dan jumped in the water and swam out to the furthest buoy {this is a habit of his}. The water was WARM and the beach was spectacular. 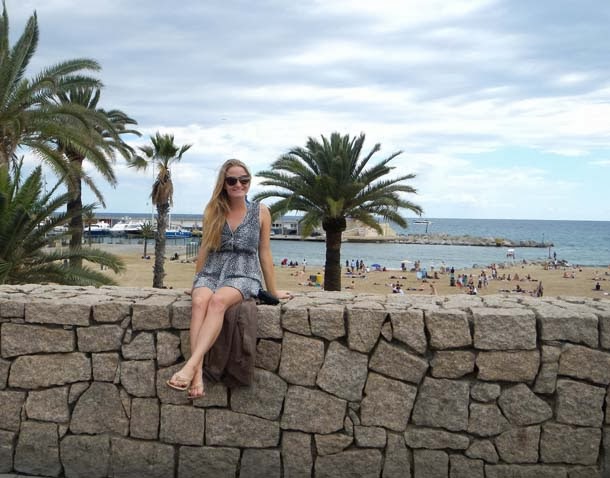 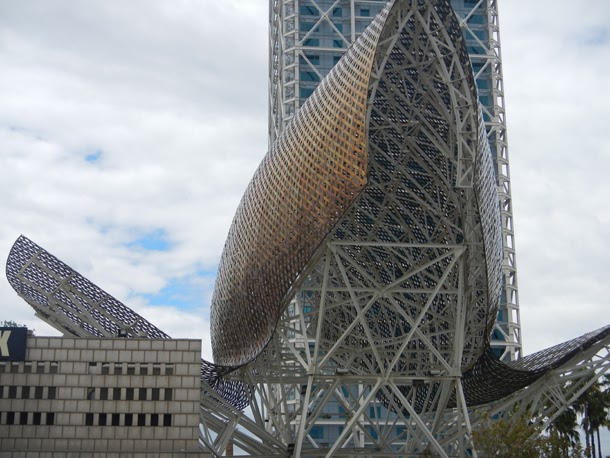 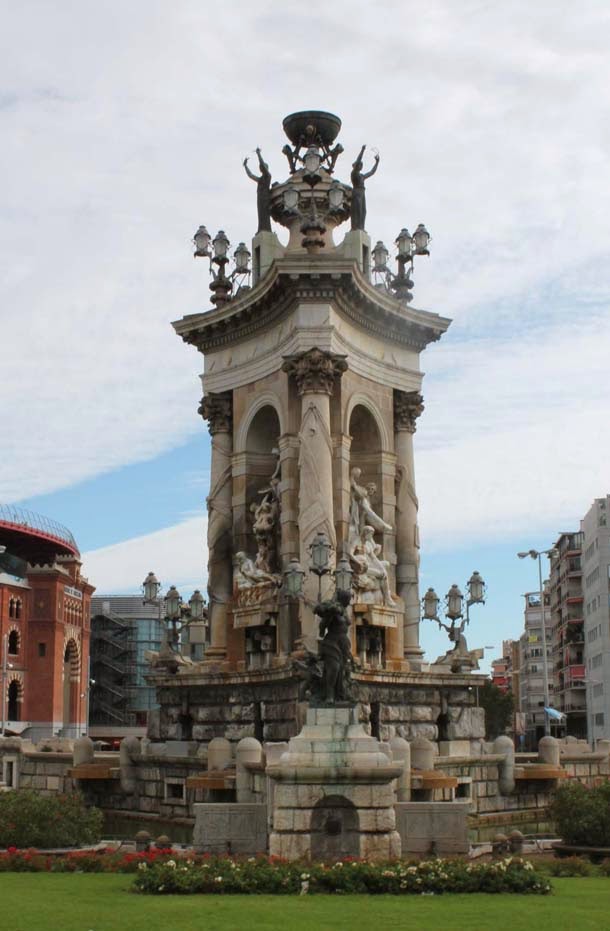 {Exploring La Boqueria was my favorite!} 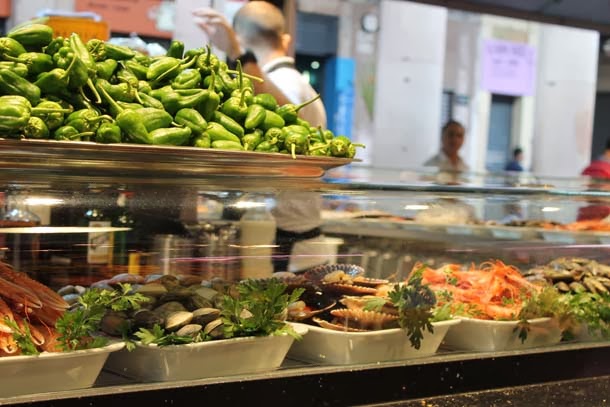 {So many bright colors and tasty treats!} 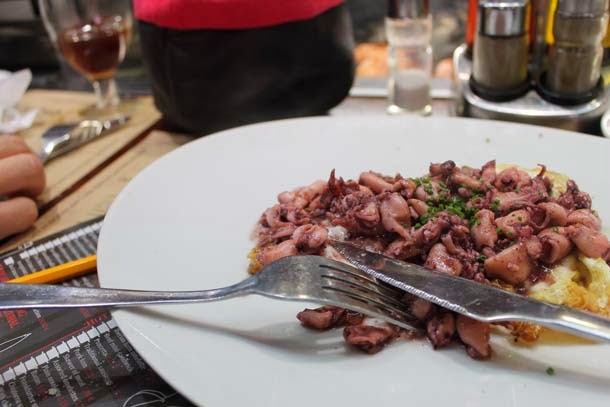 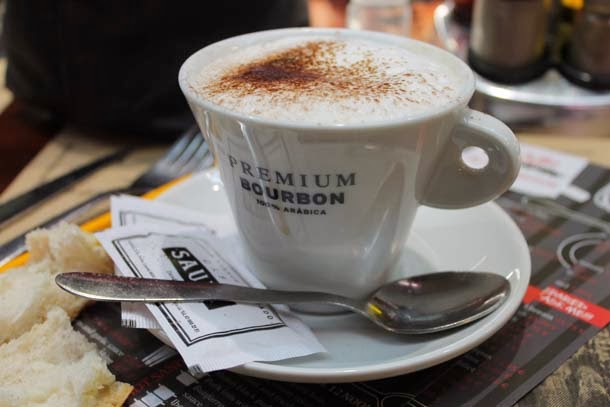 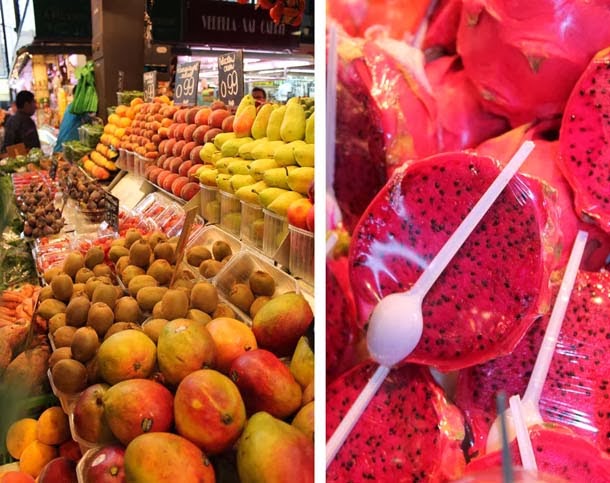 It’s always somewhat hard getting pictures of the two of us together when we travel {unless if you do the one-arm selfie}. Our tip is to ask someone who’s holding a camera, chances are they’re from out of town as well and they won’t mind helping you out.  Offer to return the favor. “Can you please take our picture? We can take one of you too!” 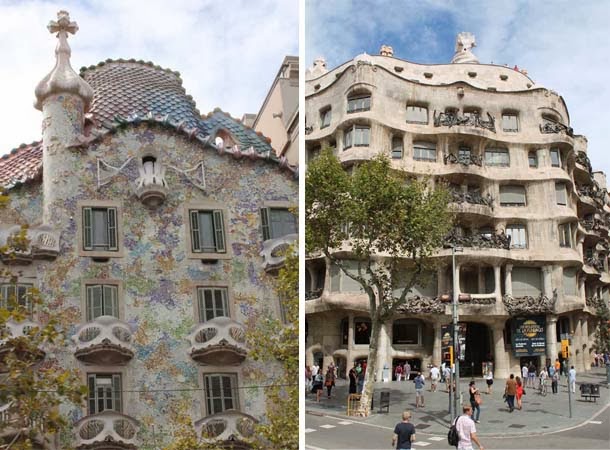 The gorgeous Sagrada Familia! Construction started in 1882 with Francisco de Paula del Villar and then with Gaudí until his death in 1926. Since then different architects have continued the work. They say it will take another 20 years to complete. Yikes! But what a magnificent sight it was! 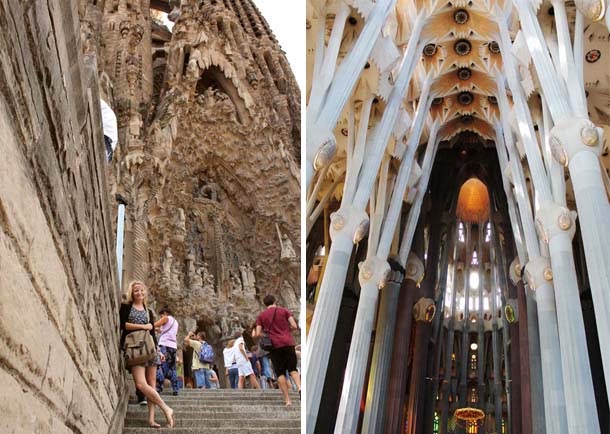 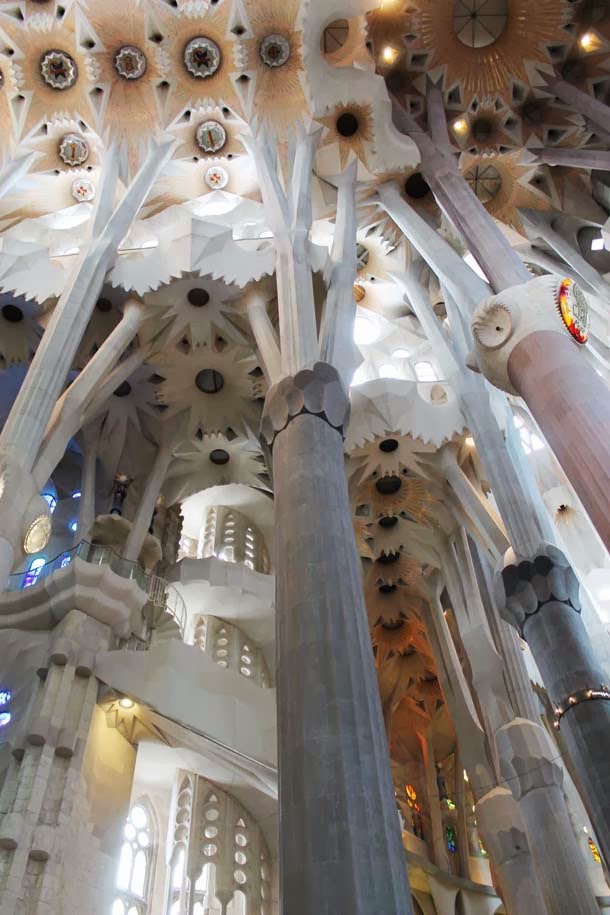 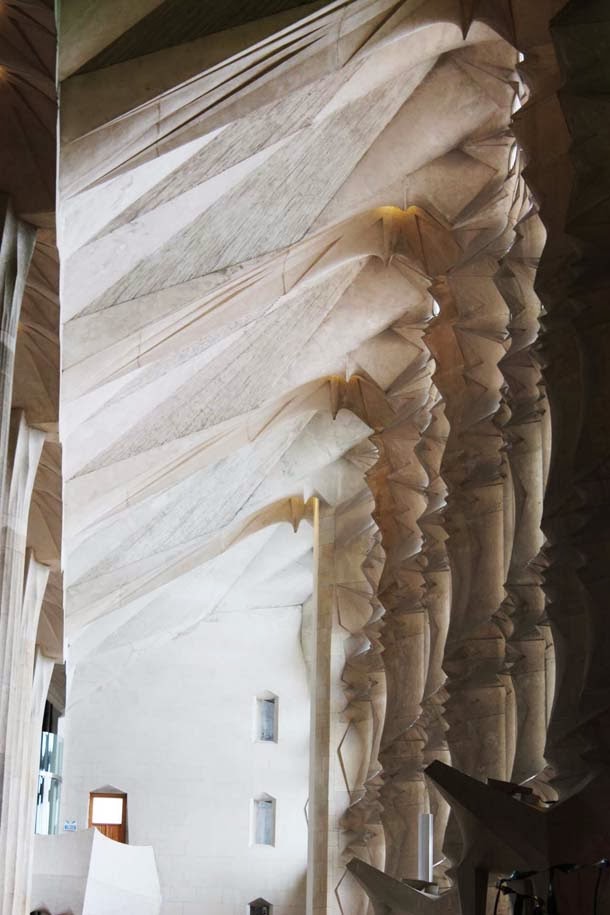 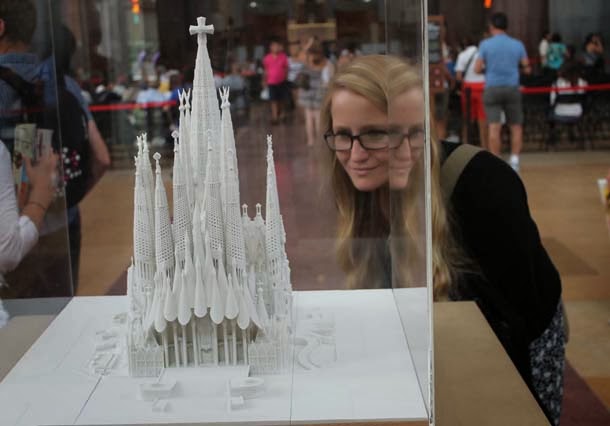 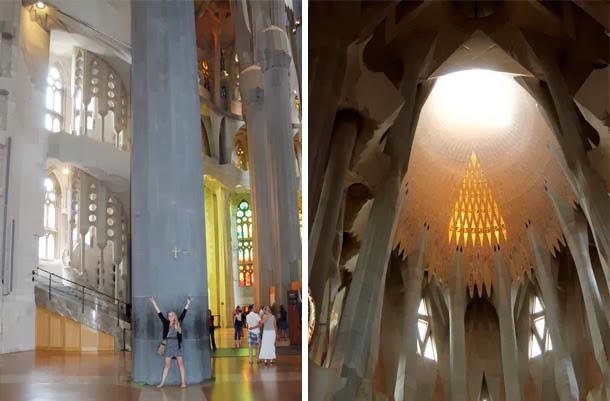 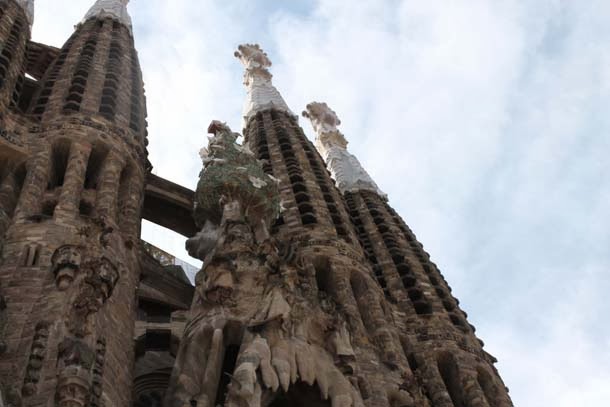 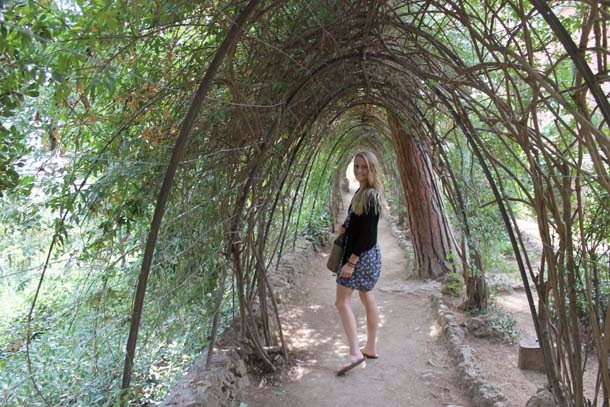 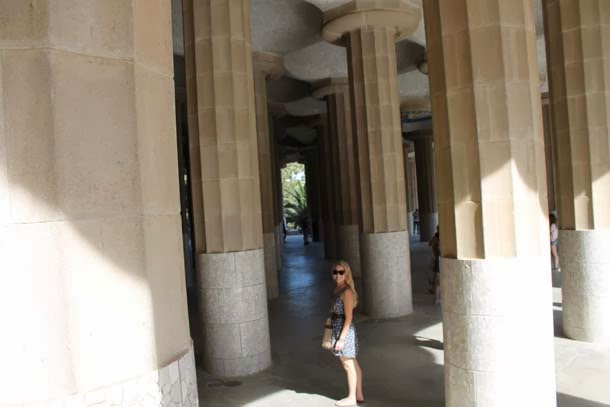 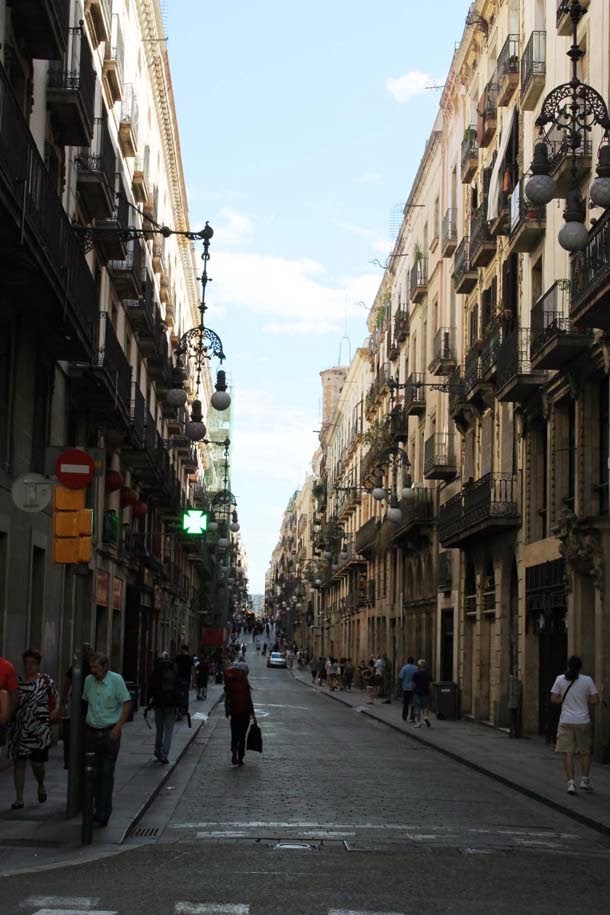 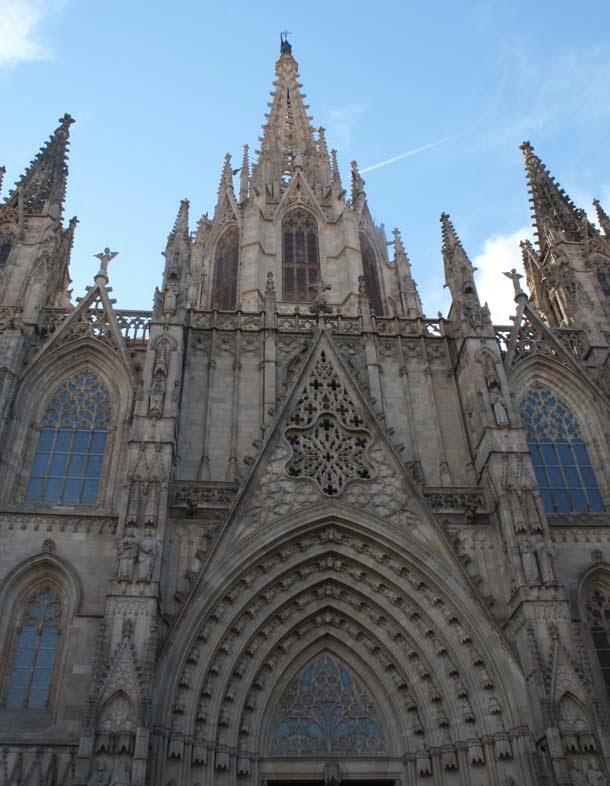 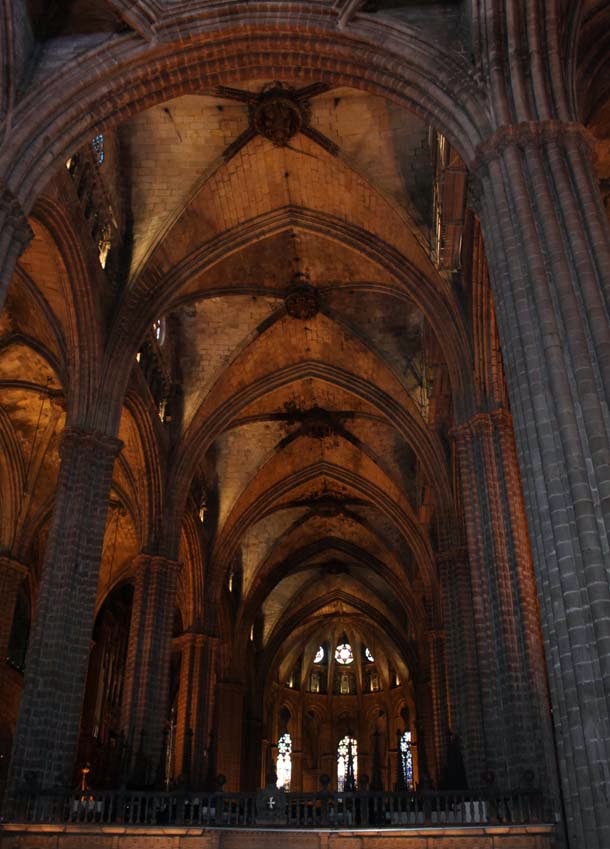 {A lit door in the depths of the cathedral. What’s inside!? } 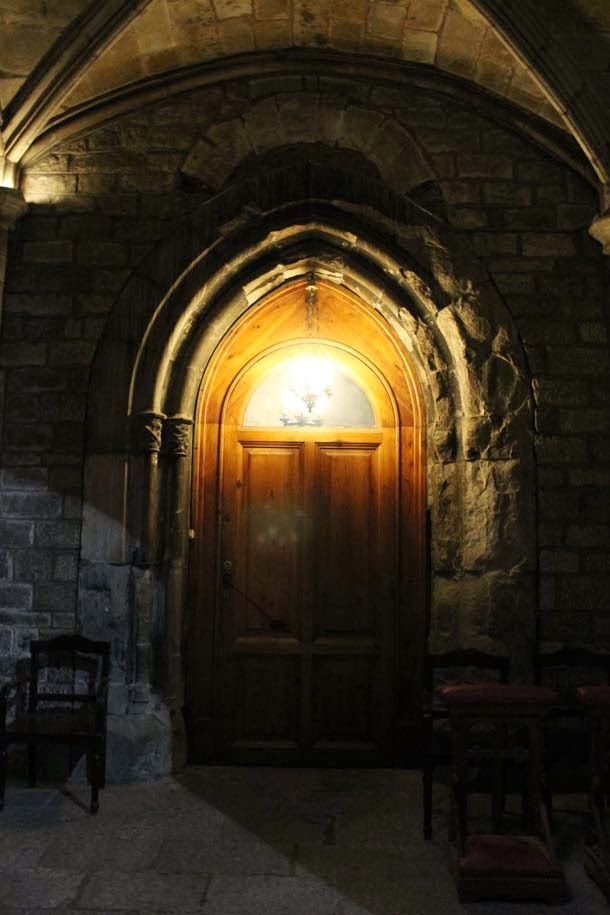 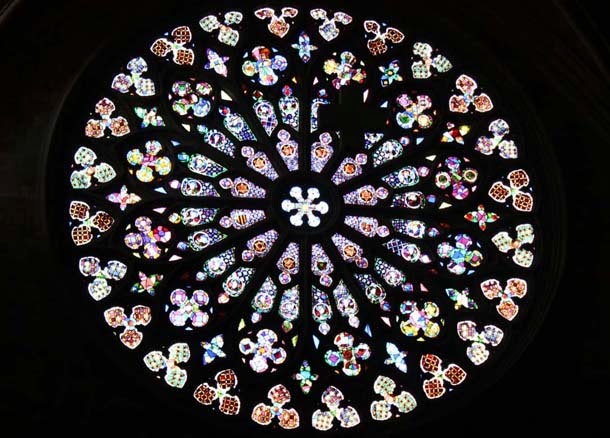 I heard of this little gem — Granja La Pallaresa on a travel show and knew we had to find it. They serve crispy churros  that you dip in thick hot chocolate! Gaaaa it was to die for. We got lost along the way and must have asked 15 people for directions. We finally found it amongst a menagerie of windy little streets in El Barri Gòtic.
Carrer de Petritxol 11, 08002 Barcelona, Spain (El Barri Gòtic) 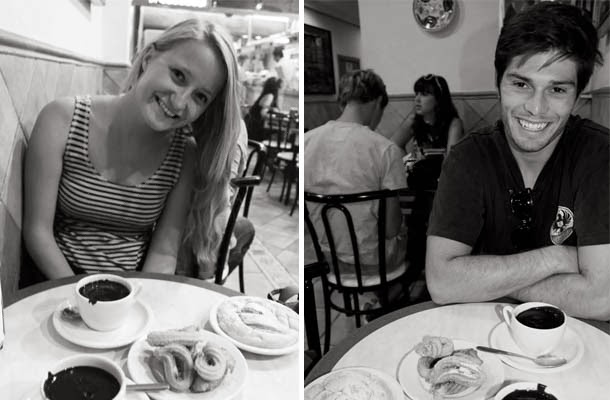 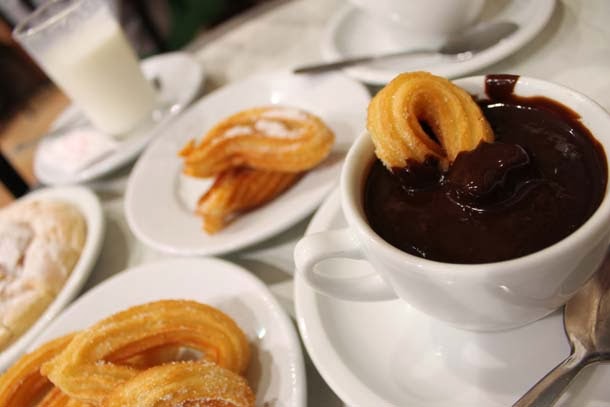 {I dig this house. When can we move in?}

The McDonalds in Europe are super luxurious two-story mansions with plush chairs, chandeliers and real drinking glasses. They even had macarons! We had to try one. Why can’t we have fancy McD’s at home? 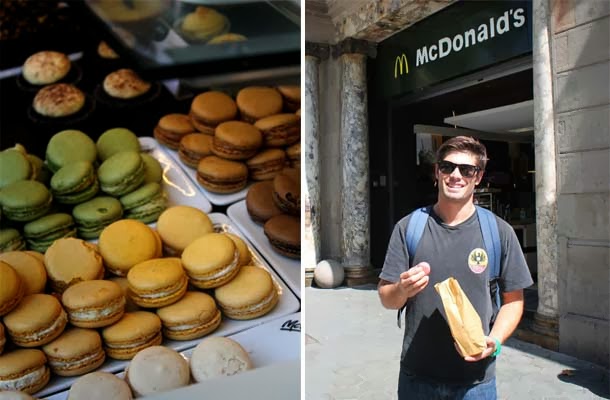 {Barcelona you are beautiful and amazing} 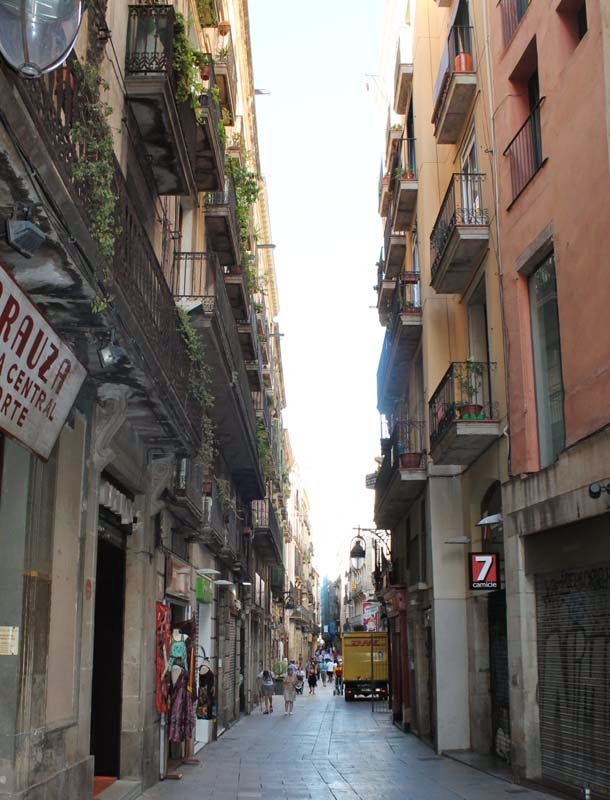 Check out Part 2 of our trip in Monte Carlo!

We went on a hike this morning that overlooks the

Merry Christmas Friends! What a year of transforma

Thankful for friends that invite you over and host